A typing journey, part 2: Down the rabbit hole

In my last post about mechanical keyboards, I was getting ready to dip my toe into the weird and wonderful world of custom ergonomic keyboards. Young and full of naïvete I hadn’t fully grasped the depth of the hobby I was about to pick up, nor quite how tight it would grab me!

Fast forward a few months, and in addition to owning and using my bamboo Redox every day, I’ve also:

For something so innocuous and generally overlooked as the keyboard attached to your computer, the depths some folks go to in search of perfection (or the “end game”) are staggering.

I’ve learned an awful lot since I started this adventure. As well as basic knowledge about keyboards, their history and all the different variations that exist around the world, I’ve also learned how they’re made. I’ve spent time writing and customising the source code that runs on my keyboards (contributing to open source in the process), I’ve learned how to use AutoDesk Fusion 360 to do 3D modelling and CAD, both for CNC machining purposes and for 3D printing, I’ve also relearned how to design electronics schematics, convert those into printed circuit board designs and how to manufacture electronics, none of which I’ve had cause to do since finishing my BSc 15 years ago! 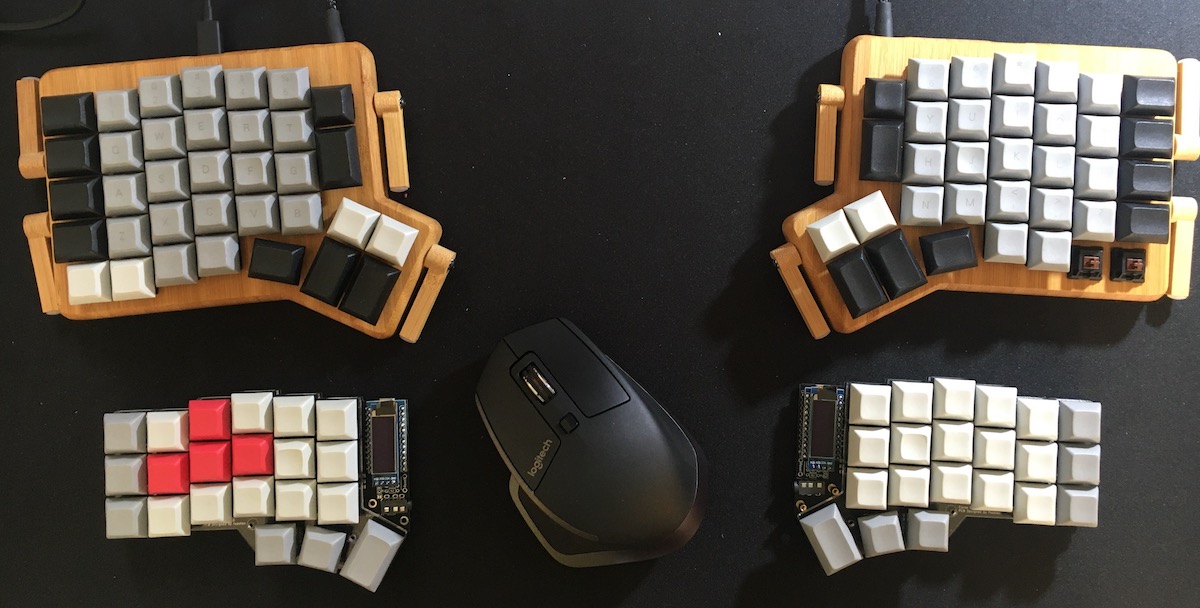 Background. Or, Why am I building a keyboard

There are a few ways in which you can go deep into the mechanical keyboards hobby, and one of the ways that immediately captured my interest is the high-end custom keyboard scene. These are keyboards that have been designed from the ground up by individual people, mostly sold in kit form (so you can customise it with your own choice of switches and keycaps), manufactured in a small quanitity out of premium materials, and funded up front in a process called a “group buy”.

Someone has an idea for a new keyboard, they put together a design in a cad package, maybe a few renders and they write a bit about what they want to do. They post up an “Interest check”, or IC thread on a keyboard community forum like Geekhack.

People comment on the thread, generally expressing interest, intent to buy or design suggestions. This kicks off an iterative process where the original designer might incorporate feedback into the idea, or clarify their thinking in certain ways. At this point either the hype begins, or an idea fizzles out and dies.

Assuming the hype train is well and truly picking up steam, the designer will then start approaching manufacturing companies to try and get an idea of what the costs for a manufacturing run would be, what the minimum order quantity is and how that is going to affect the cost. They will probably also order one or more prototypes at this stage to check the feasibility of the design. The prototypes will then allow them to refine further to make manufacturing easier or more cost effective.

At this point a designer will generally know what the final design is, how it’s going to be manufactured, what all the options are as well as their retail price and how many they need to sell in order to make that price achievable. They’ll probably also have some accaurate renders of the finished product and maybe a prototype or two that they can show off. At this point they’ll generally start trying to find “proxies” to sell their product.

Because this whole process is not uncommon in the mechanical keyboard world, a lot of the community favourite retailers will often manage sales of a group buy product, for a small fee. This is referred to as being a proxy.

This means that a customer can place an order for the product as they would do normally for any other in-stock item on that store, but instead of having something shipped to them immediately, the money is taken and held in escrow by the proxy. This allows the designer to have confidence that the money is there and that the group buy customers are committed (typically proxies for group buys don’t allow refunds), and it also gives the customers some security because they’re paying via credit card or paypal to an actual business, rather than transferring money to some rando on the internet.

Once the proxies have been set up, then the action happens. The designer posts a Group Buy (or GB) thread on the same forum where they opened their IC. They post all the details of the product, as well as the options available, the pricing scheme and links to the proxies where you can go to place your order, and they’ll typically specify a date that the group buy will “open” or be available for purchase.

Group buy sales typically stay “open” on the proxies either until a desired quantity has been purchased, or they stay open for a set time window. This is another critical point in the lifecycle of a group buy. If not enough units sell to hit the factory specified MOQ then the group buy dies, the proxies refund the money to the buyers and the designer goes back to the drawing board.

A lot of the time, MOQ’s are hit quite quickly - for some of the more well known and respected group buy runners this will be in the order of a few minutes. Once the MOQ has been hit, the buyer has nothing left to do but wait for their purchase to arrive. But for the designer, it’s crunch time. They’ve got to work with the manufacturing companies to get cases built and finished, PCB’s manufactured and built, and get everything packaged up and shipped to the buyers.

This process will take months at best, and can often take a lot longer than expected owing to unforseen manufacturing issues, delays, and quality control issues (my keyset group buy closed at the end of January 2020, and I will consider myself lucky if I receive them in July). 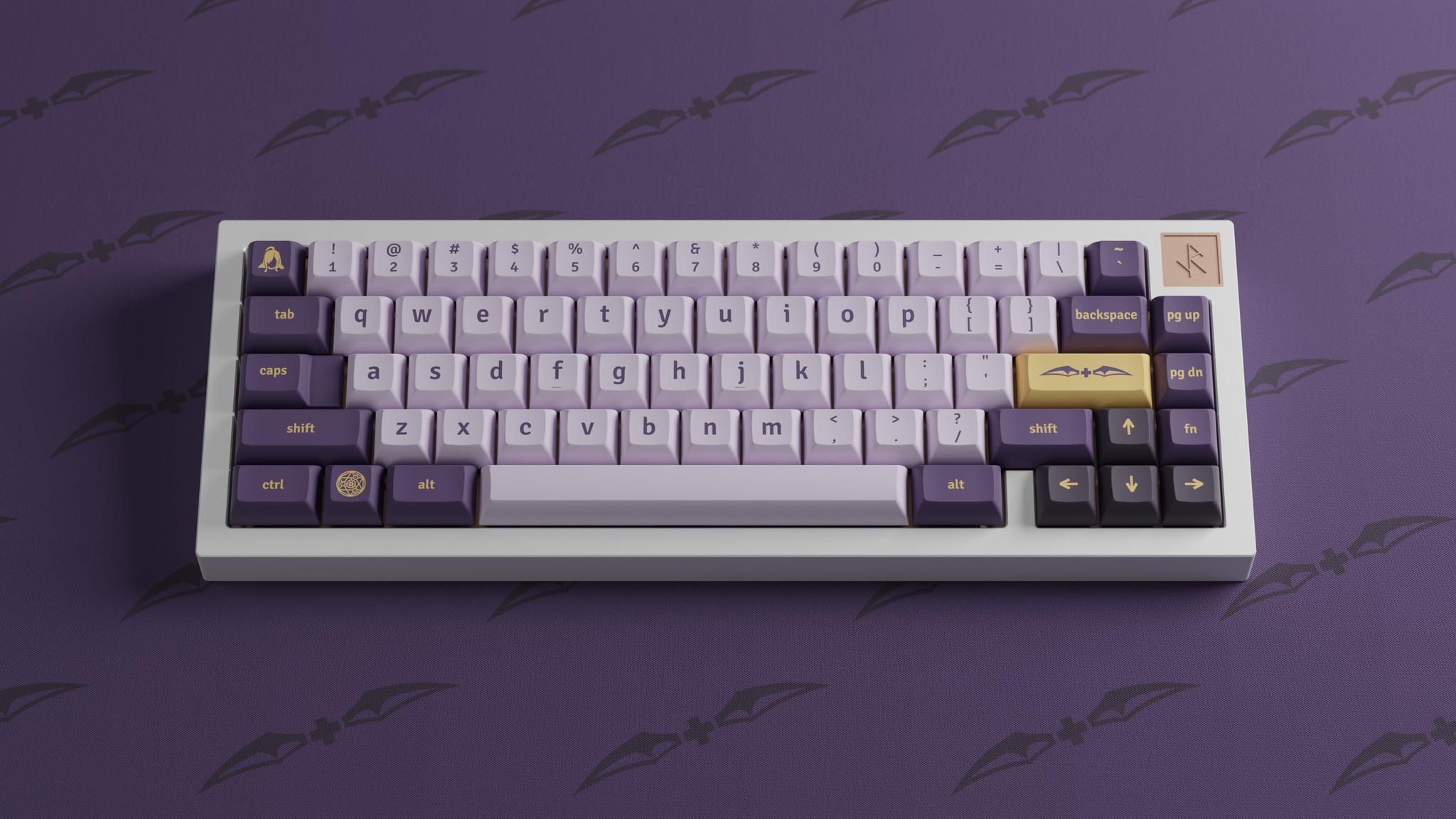 All in all it’s not uncommon for a group buy to take 12-18 months from initial interest check to actually receiving a kit that you can build.

These methods of manufacturing and distribution generally mean that there’s a lot of hype around these keyboards and they’re very hard to get. Minimum order quantities aren’t high, GB runs are mostly for < 50 keyboards and because the interest checks are started so far in advance there is usually a lot of people fighting for any keyboard that’s made it to manufacturing stage.

The intense design process and small scale means that these keyboards are often very expensive, most commonly around the $400-$600 USD price bracket once you take into account various options, shipping and customs charges. So if you can get one, they’re often used a status symbol, and all these factors have translated into a cut-throat and massively inflated second hand market, where it’s not uncommon to see popular designs changing hands for $2000 USD and upwards.

Where do I fit in

I have been following the custom keyboard scene for a while, and I really wanted to get one. I love the idea of having a heavy weight premium keyboard that sounds and feels great to type on, and has some exclusivity to it. I also fell in love with the Kyuu keyboard, but that is ancient history in terms of keyboard group buys having been shipped way back in 2018. 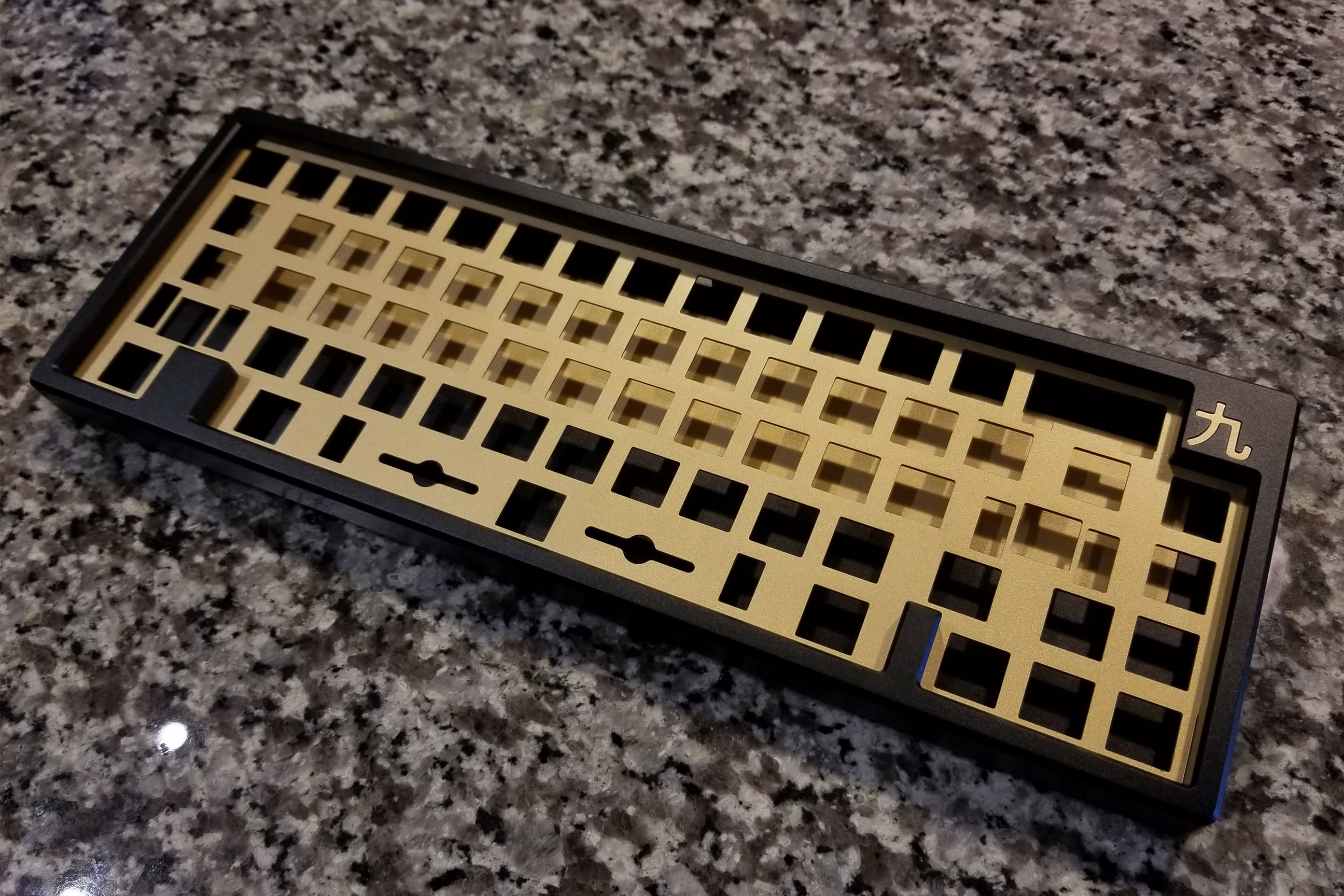 So I was lurking over group buys and interest checks and waiting to see if anything caught my eye enough to want to drop several hundred pounds on it. I even bought a set of keycaps intended for a keyboard I didn’t yet own (the KAT Lich group buy that I’ve mentioned above).

During this time I stumbled upon this Reddit post where a user called vitaport talks about a personal keyboard that they’ve designed and manufactured. Suddenly a bunch of neurons that had been slowly idling suddenly fired up and connected. All these keyboards are built by individual humans, there’s nothing special about people that run group buys and if you’re going to design a keyboard you don’t have to run a group buy. You could just do what vitaport has done and make your own personal keyboard. I have a background in electronic engineering, and I’m a professional software developer, surely I can dredge up enough memories to put together some circuitry, and it’s not beyond me to learn how to build a keyboard case!

So I did some digging, and found out that once you scratch the surface of the mechanical keyboard community, scrape off the layer of drama and flippers and superficiality, you reach a really solid core. Full of people who are friendly, helpful and excited to share resources and tips on how to get from a blank peice of paper to an actual real keyboard that you can type on. There’s lots of overlap with maker culture and a real DIY aesthetic, and I’m having loads of fun.

I’m doing the project in the open on Github. I had originally wanted the repository to be self contained and have everything you needed in it to follow along with the process using the Git history, but unfortunately my discipline with personal projects isn’t quite up to the stringent standards I set for myself at work, so the history is a mess.

So I decided to write a series of posts about the journey, to explain how I am making a custom keyboard. This is part one, a basic introduction to what I’m doing and why. In part 2 I’ll talk about how I got started, what the anatomy of a custom keyboard looks like, and what the first steps were.